MOSS is an Anti-cheat created in 2010 by Nohope92 to help free games development for online eSport events. it covers most of the FPS competitive games.

Forum is now closed and moved to :

Downloads are now protected by the password : Moss  , use 7Zip or Winrar to unzip

All this information is embedded in a final SHA2 secured ZIP file, which has to be provided untouched to league’s admins by player as a fair-play evidence.

This zip can be read by anyone, thus opponents or game admins can check  :

If you want a specific game added , just request it in dedicated Discord channel

MOSS handles a daily amount of 5K to 10K  games

Feel free to use it in any league or platform as long you credit me and link this site,

You are not allowed to share the program on your own site, neither to edit, modify or reverse engineer it. You still can use automation for your league.

Please, read the FAQ page before posting in Discord

Discord is here to get help about bugs and technical issues. I do not provide logs analysis to players, only to identified partner’s leagues admins (contact me on twitter)

Moss is a free project on my spare time and only founded by Paypal contributions. Donations cover the cost of server,  certificates and dev tools.

Get the beta when it exists :

Get the old 32bit version : 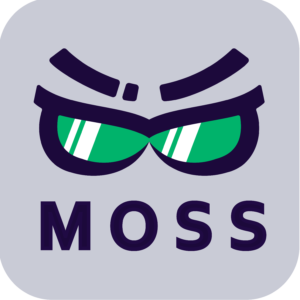